Lisa Samalin was born in New York City in 1947. She attended the School of Visual Arts for two years before dropping out (it was the ‘60s!). While there she studied with Barry Cohen, one of the wonderful Josef Albers disciples from Yale and drank in the beautiful purity of their way of making art and reverence for color. She returned in her 30’s to finish her BFA but made art before, during and after, all her life.

She designed textiles in the 1970’s and 1980’s, enhancing her love of pattern and worked as a textile colorist, creating new palettes for existing patterns, which she credits with further training her sensitivity to color and ability to mix color quickly.

In 1990 she was a founder of Upstream Gallery in Hastings-On-Hudson, an artist cooperative that allowed for a lot of experimentation and cross-pollination between theatre and visual art. This began a fascination with creating interactive art installations. The first one at Upstream, “The Story Is in the Walls,” led to a curiosity about painting directly on the walls of a room.

She founded DeersTooth Murals in a storefront in Dobbs Ferry, New York in the late 1990’s. With all walls and floors painted with scenic murals and the front room depicting the seasons of a woman’s life, it became a well-loved part of the community and led to her painting hundreds of murals in homes and businesses, and a series of over 30 murals in the Maria Fareri Children’s Hospital, part of Westchester Medical Center.

As a fine artist, her creative center of gravity, she has shown widely in the tri-state area, The Berkshire Museum, and the Catskill Arts Society in Livingston Manor.  Her recent move to living full time in Saugerties, New York, fulfills a long-held dream to immerse herself in the natural beauty of the world. She deeply appreciates the welcoming spirit and hopes to contribute even a little to the rich tradition of art in these mountains.

Lisa, Samalin, The Advent of the Morning Glories or Self Portrait as Myself, 2017, 7′ x 4’7″, acrylic on canvas with fabric 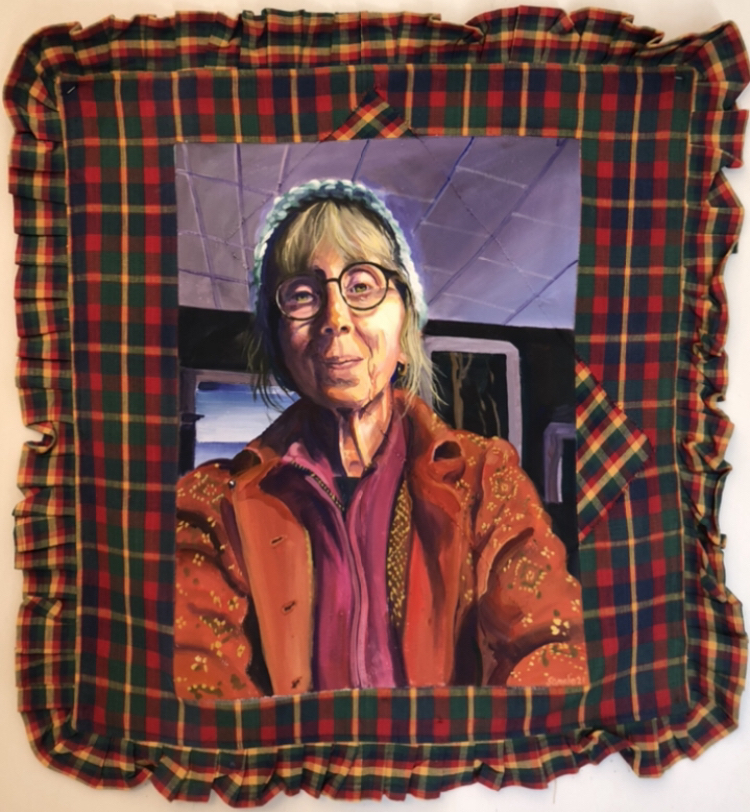 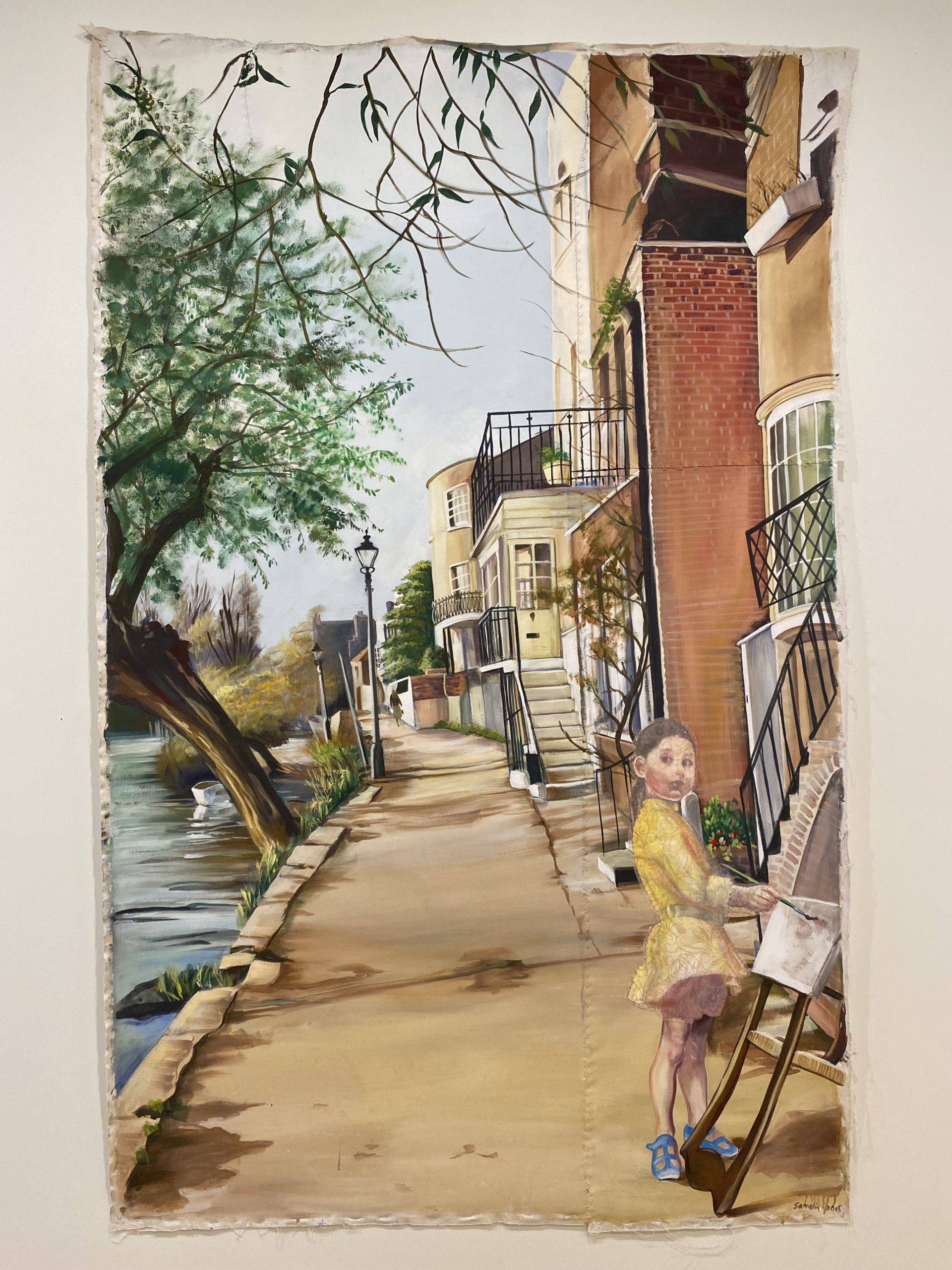 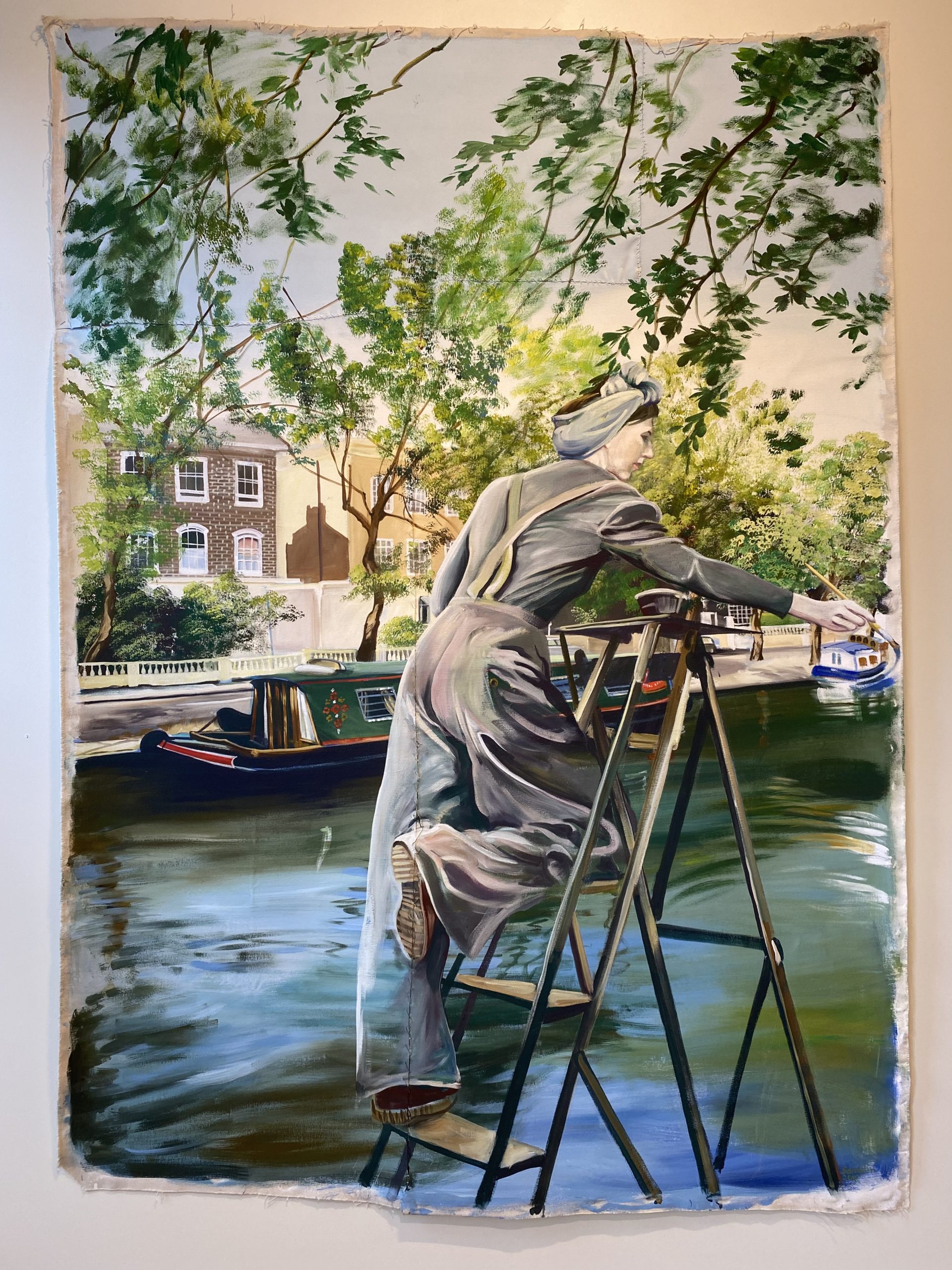