Human Here and Now: A Conversation with Millicent Young 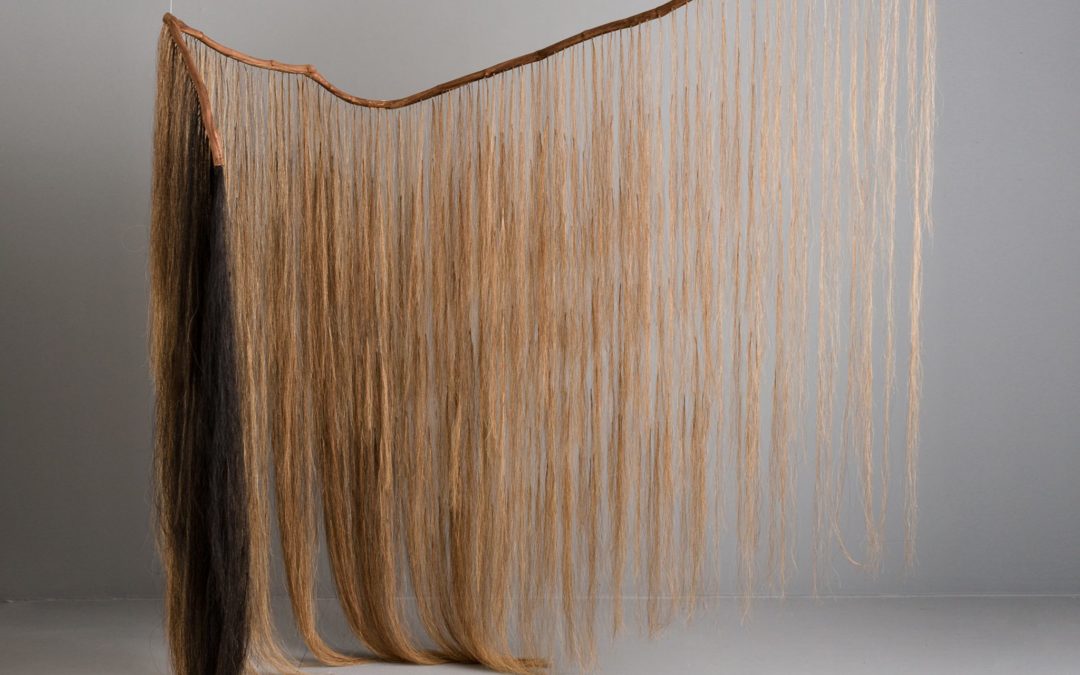 “Human Here and Now: A Conversation with Millicent Young” at 11 Jane Street Art Center in Saugerties

Millicent Young uses poor materials—horsehair, in particular—to create lyrical abstractions that resemble ancient artifacts or inspired attempts at joining the timeless elements of nature to a contemporary point of view. Educated at Wesleyan University and the University of Virginia, with an MFA from James Madison University, she has always followed her own path. Young lives and works in Kingston, a small city in upstate New York, where she fixed up a house to serve as home and studio. Though she maintains an active exhibition schedule—her recent shows include “Cantos for the Anthropocene” at Les Yeux du Monde in Virginia (2018) and “When There Were Birds (part i)” and “(part ii)” at 11 Jane Street Art Center in Saugerties, New York (2019)—it is fair to see her as working outside the mainstream not only because of where she has been living, but also because her personality, character, and vision tend toward idiosyncracy and privacy—qualities that set her work apart in its originality and unspoken motivation.

Read the full article at www.sculpturemagazine.art